One of my goals for this year was to use more maps. I also wanted to explore different ways to represent information on maps. These are some of the ideas I came up with. 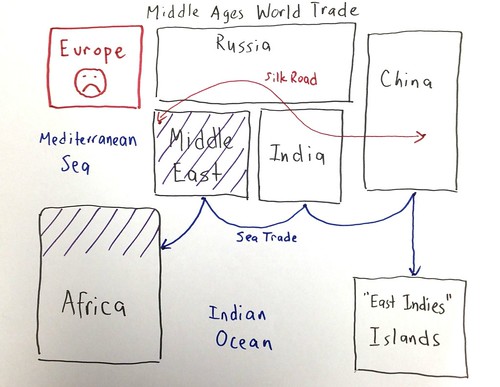 This was my first effort at a super simple map. I was pretty happy with this because, regardless of prior knowledge, I feel like pretty much anyone can look at this and immediately “get” all the important information. 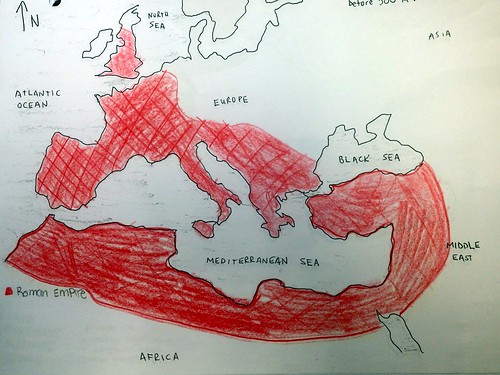 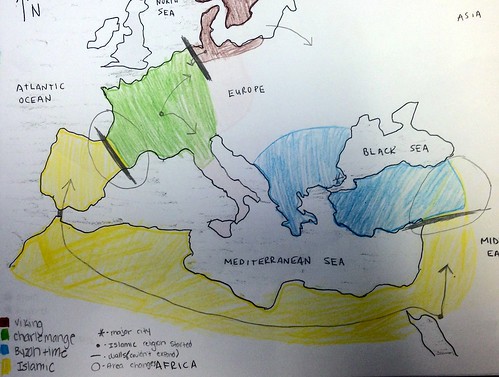 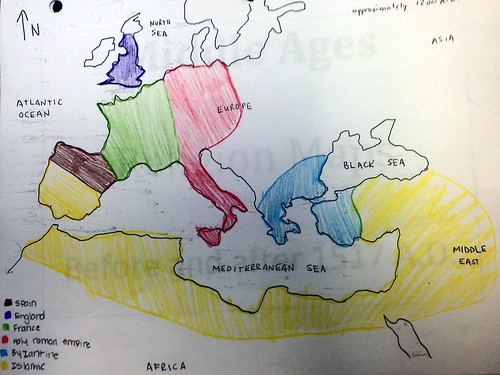 This was my first timeline map series. My students’ unprompted reactions to these maps was exactly what I had hoped for. They immediately began asking questions and making comments, even with little or no prior knowledge. 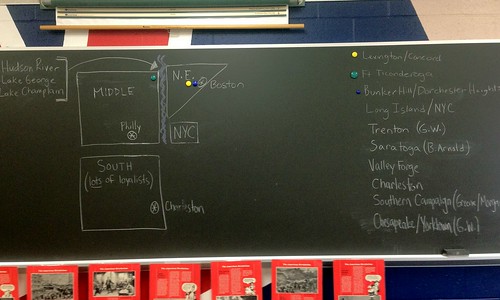 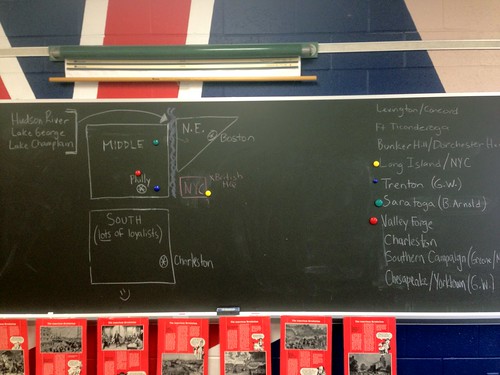 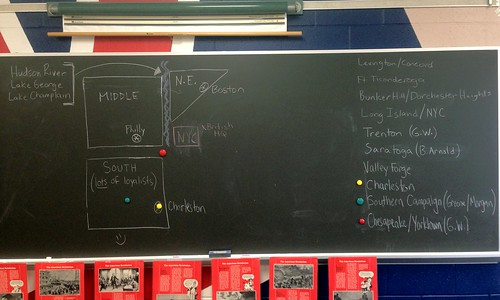 My crowning achievement in cartography…super simple timeline maps! The American Revolution is a great war to teach students about strategy, because it played out over three distinct phases with easily identifiable turning points. In particular, the importance of physical features (e.g., the Hudson River Valley) can be clearly demonstrated. I like this map because if feels a little more interactive and tactile as it changes over time, and is always ready as a backdrop for lecture or class discussion. 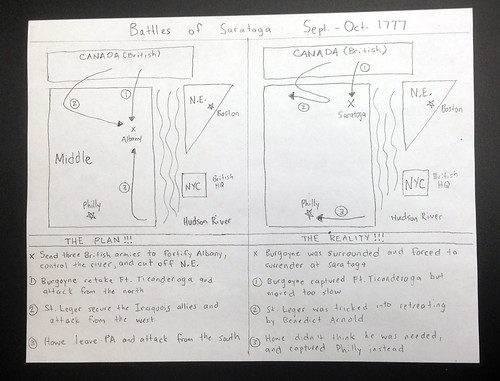 I haven’t yet used this in class, but I think it will be effective at demonstrating the importance of a single battle on the overall war. Also, I could build an entire lesson around this. For example, why was Albany so important? Why did the British want to cut off New England?Why did Howe decide to attack Philadelphia? How did Burgoyne defeat Fort Ticonderoga? How did Benedict Arnold trick St. Lemis? What happened to the Iroquois after St. Lemis retreated? Who surrounded Burgoyne? What happened after the battle?